Marijuana stocks are all the rage in the United States and Canada, with cannabis companies being traded on the New York Stock Exchange, Nasdaq, and the Toronto Stock Exchange.  Yet, none of these publicly traded companies have applied for a Michigan medical marijuana business license, despite the fact that Michigan is one of the biggest medical markets in the county. Not only that, but Michigan is set to vastly expand the size of its cannabis market if it successfully approves the recreational marijuana ballot proposal this November.

Why have the bigger players stayed away? As we discussed in a previous article, part of the reason may be the Marijuana micro-business concept that is part of the recreational marijuana ballot initiative. But this doesn’t explain it all, as surely at least one of these publicly traded companies would dip their toes into the Michigan cannabis market.  The market is simply too big and too lucrative for this to be the sole explanation.

So what’s keeping these large, publicly traded companies from coming to Michigan to get their piece of the pie? The answer is two seldom-discussed regulatory provisions, which were initially included in the Emergency Rules and eventually made it to inclusion in the proposed final rules.

One rule covers the disclosure of MMFLA facility owners, and one covers the transfer of ownership interests in an MMFLA-licensed facility.

The first rule simply requires an applicant “disclose the identity of every person having any ownership interest in the applicant with respect to which the license is sought including, but not limited to, date of birth, government issued identification, or any other documents required by the act.” While only those with 1% or greater interest must fill out a supplemental application and disclose their criminal and financial history, this rule applies to every person with an ownership interest in a licensed medical marijuana facility.

For publicly traded companies, disclosing every owner would be incredibly difficult given how frequently ownership interests are traded back and forth on the stock exchange. But to also require that each owner also provide a government-issued identification would make it virtually impossible for publicly traded companies to own a Michigan medical marijuana facility.  With publicly traded stocks having anywhere from thousands to hundred of thousands of owners, it isn’t hard to see why this rule would prevent public companies from entering the Michigan cannabis market.

The second rule simply requires that every transfer of ownership be submitted for approval to LARA. Similar to the first rule, there is no minimum transfer threshold, below which no reporting is required. That would mean that every sale of stock or membership interest in a Michigan medical marijuana facility would need to be pre-approved by the State, which effectively prevents a cannabis company operating in Michigan from being able to list itself on a stock exchange.

While many companies fall into one of two categories—publicly traded companies with numerous owners and closely held companies with only a handful of owners—some fall somewhere in the middle of this spectrum. A company may instead have a few hundred small investors, a few dozen larger investors, or the backing of a private equity company or institutional investor that in turn has dozens or even hundreds of owners.

These “middle ground” companies would also be affected by the rules, as it would make it difficult for these investors to sell their Michigan cannabis investments. Since many investors, especially those in private equity, invest solely to sell their investment for more money at a later date, the transfer restrictions in the second rule would make this process more difficult. The MMFLA approval process would also limit the number of available purchasers for an owner’s equity interest in a marijuana facility, which would in turn limit the total sale price a seller can attain.

Michigan’s intensive background checks also serve to keep many of these companies out of the Michigan cannabis market.  While only those with a 1% or greater interest in the company must file an MMFLA supplemental application, companies with dozens of owners with 1% or greater interest would be faced with quite the daunting application process. Now assume most of these owners are high net-worth individuals with dozens of financial institution accounts and business interests that need to be disclosed on the MMFLA application. These companies would be faced with thousands if not tens of thousands of pages of disclosures in the form of bank statements, tax returns, litigation documents and more.

Michigan is for Mom and Pops

Michigan’s facility licensing law, the MMFLA, is tailored to give smaller cannabis companies an advantage over larger, publicly traded companies or even larger, non-closely held private 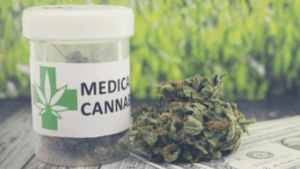 In the absence of large, established, and well-funded out-of-state competitors, local companies and smaller out-of-state players will control the Michigan cannabis market for the near future.  These smaller mom and pop companies will have several years to build themselves up before facing eventual larger competition towards the end of 2021 after the recreational licensing process opens up.

But even this isn’t totally bad for mom and pop cannabis companies in Michigan. Many marijuana business owners hope to eventually make an exit from the business in the form of a large, lucrative buy-out from a much larger company.  Many larger companies may decide it would be easier to simply buy an existing facility or Michigan marijuana company than start fresh in a competitive market. This is compounded by the fact that companies also need municipal licensing in order to operate, and the most desirable municipalities and locations in Michigan will be mostly picked through.

Michigan’s cannabis market is well-suited for smaller, mom and pop investors and cannabis companies, who are protected from competition with publicly traded companies and other large, institutionally backed cannabis companies. The sections of the MMFLA Emergency Rules that served to prevent larger companies from entering the market were included in the final draft rules released by LARA on August 23, 2018. This will solidify the advantage mom and pop companies have in the Michigan market.

This situation contrasts with other large recreational marijuana markets like California and Oregon, both of which are being flooded with established national and international companies with financial backing from institutional investors, private equity, and public offerings.

Conversion Oil May Be Coming To Michigan: The Beginning of the End of Licensed Outdoor Cultivation?