Yes, You Need to Disclose that on your MMFLA Application

The August 9th, 2018 meeting of the Bureau of Medical Marihuana Regulation Licensing Board was mostly in line with previous meetings. Once again, the biggest issue facing MMFLA applicants was their failure to disclose material items on their medical marijuana application. Since this same issue seems to come up at every licensing board meeting, I thought it should be the subject of its own article.

Yes, You Need to Disclose That

At the August 9th meeting, similar to past meetings Michigan Medical Marihuana Licensing Board Update and MMFLA Licensing is Getting Tougher, we yet again saw applicants get denied due to their failure to disclose misdemeanor and felony charges that otherwise would not have caused issues. Given the fact that the number one reason for denying MMFLA applications is “filing a false application”—in other words, failing to disclose criminal charges or arrests on your Disclosure 7-SA, this cannot be reiterated enough. Hell, I’ll even say it a third time—FULL DISCLOSURE IS THE WAY TO GO.

From prior experience, I know a good amount of MMFLA applicants and potential MMFLA applicants reading this article are thinking: “well, my charge was expunged, so I don’t need to disclose it.” This could not be more wrong. Yes, they will find that expunged charge from 18 years ago, you can pretty much count on that. And yes, they will also find that misdemeanor traffic violation that happened when you were 17. You need to disclose everything, or else you put your MMFLA application in serious jeopardy.

This also goes for charges that were filed and then dropped or dismissed. As a matter of fact, we tell our cannabis clients to disclose any arrest, even if no charges were brought, even if it was a big 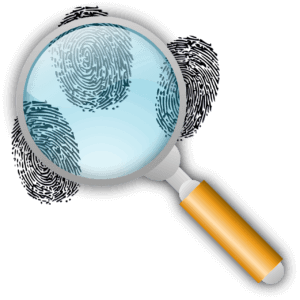 misunderstanding. Having watched nearly all of the MMFLA licensing board meetings, I can tell you that the criminal investigation portion is very thorough, and they could very well find a record of that arrest even if no charges were ever filed.

Don’t believe me? You need to look no farther than the August 9th Licensing Board meeting to see what I am talking about.
During this meeting, one MMFLA applicant was denied due to a failure to report a marijuana delivery charge. There were two attempts to clear up the issue and allow the supplemental applicant a chance to disclose it, yet the applicant still failed to do so. And guess what the result was? The unanimous denial of the applicant’s MMFLA license. Not many denials are unanimous, but when you make it this easy for the Licensing Board, you can’t pretend to be surprised that you were denied.

A second application during this same meeting was denied for failing to disclose a domestic violence charge, which led to a spirited discussion among board members and LARA as to what constitutes an intentional failure to disclose. During this discussion, it was reiterated on several occasions that the MMFLA supplemental disclosure form 7-SA says have you ever been arrested, charged, convicted, etc. of ANY misdemeanor or felony. It does not specify a specific age, meaning that MIP you got when you were 16 would count. It also doesn’t specify a type of charge, meaning that reckless driving ticket from 10 years ago also counts. It doesn’t even specify that the charges were even prosecuted, meaning that arrest that was just a big misunderstanding where charges were dropped a couple days later also counts.

It was at this point that LARA felt the need to weigh in on this constantly reoccurring issue. A LARA official said that they are seeing that a lot of people are not disclosing traffic or juvenile offences, despite the clear language of disclosure 7-SA. Nonetheless, some lawyers are advising clients to leave these off their criminal disclosures, for reasons I find hard to understand. As a matter of fact, the LARA official, when discussing this issue, flat out said that some lawyers are giving bad advice on this. Hopefully your cannabis business attorney is giving you good advice (and if not, we offer free consultations and have helped applicants clients fix application issues caused by other attorneys!).

Not convinced Yet? Well, here’s a third example from that very same meeting. An applicant was arrested for delivery of marijuana in 2013 and did not disclose the arrest on their initial application. Two other charges were disclosed, but this charge was left off. Somewhat predictably, this application was denied, in part due to failure to disclose and also possibly in part due to their inability to explain large cash deposits.

Still not convinced, just three applications later, the Licensing Board unanimously denied a fourth application for failing to disclose a marijuana delivery charge.
Hopefully at this point you get the picture—disclose your arrests!

Report What You Know….

Don’t fret–this is perfectly OK. In a lot of situations we have encountered, we have undertaken investigations only to only have incomplete information on the arrest. For example, you may not remember the exact city, the exact charge, the case disposition or case number, or some other detail LARA is requesting.

So what do you do? You just report what you know and what you were able to find out.

On more than a few MMFLA applications I have written some version of the following, “in 1998, or substantially around that time…”, or “in or around the City of Detroit.” If the incident or incidents was long enough ago, then you may not even remember that level of detail. If that’s the case, you just report the details you remember and can find. If that means simply reporting that you remember getting arrested a number of times as a teenager and can’t recall the exact number of times or locations, then that’s what you do. The important part is that you report what you knww and all the details you can remember.

But Put It In Its Proper Context….

When we disclose arrests or convictions, we find it’s useful to also add some context to those disclosures. For example, a criminal theft charge may sound bad, but if it was a result of a misunderstanding, then that should be included in the disclosure.

We also help our clients contextualize their disclosures for the licensing board. For example, if you had a drug charge, and since that charge you sought treatment for drug addiction and have turned your life around, then let the Licensing Board know! You don’t have the chance to advocate in front of the licensing board, so the best you can do is advocate as part of the application process.

These additional disclosures, cover sheets, and supplemental narratives are what sets us, and a few other select lawyers, apart from all the other “licensing experts” or attorneys. If you are just providing the documents and info in the application and nothing more, you are doing it wrong.

So what’s the bottom line? When in doubt, disclose! The last MMFLA board meeting saw four commercial medical marijuana applications denied, in whole or in part, due to the applicants failure to disclose criminal charges. This is a pattern that has gone on practically since the first licensing board meeting. The number of MMFLA application denials for actual criminal charges pales in comparison to the denials for failing to disclose, so this should be a no-brainer.

Also, if you are going to disclose charges, it can be helpful to provide some additional context surrounding the charges. There may be mitigating circumstances, or maybe that incident caused you to turn your life around. Either way, it can help your application if you provide more details surrounding your arrest. Let’s face it, “indecent exposure and public lewdness” sounds a lot worse than “I was walking home from a college football game when I was 19 and stopped to pee behind a bush.”